I’m a big musical nerd. Growing up, we went to several musicals with the whole family. The way a story is told through music and dance, combined with the visual aspect, is very special to me. It pulls me right into the story. The melancholic emotion in some musical songs, such as in ‘Memories’ (Cats) brings the message across, even without the lyrics. For that reason, I even went to Miss Saigon twice. There’s a moment in the musical where a helicopter lands on stage, which completely blew my mind as a ten-year-old. That’s a feeling I don’t get at a regular concert or a sporting event.

To me, music is a big factor in togetherness and good times. For example, I associate Gloria Estefan with gourmet nights with my sisters and parents, Eros Ramazzotti with sing-a-long family car rides to campsites in France, and Peter Paul & Mary with dinners at my in-laws’ house. My music taste is highly influenced by my parents and two-year-old sister Carlijn, who made me appreciate The Beatles, Gloria Estefan, and Westlife. It wasn’t until I went to university that I discovered my musical preferences. I noticed I mostly went to festivals for the vibe rather than the music. Unless there was a Silent Disco with ‘80s or ‘90s hits, of course. In that case: I’m game.

I do like going to concerts, though. I recently went to Kings of Convenience and Elton John’s farewell concert in The Netherlands, which was fantastic. My husband Koen and I have seen Chef’Special perform live on multiple occasions – we’re big fans. I walked down the aisle to ‘Everywhere’ by Fleetwood Mac at our wedding. That song represents our story together and our unbreakable connection. 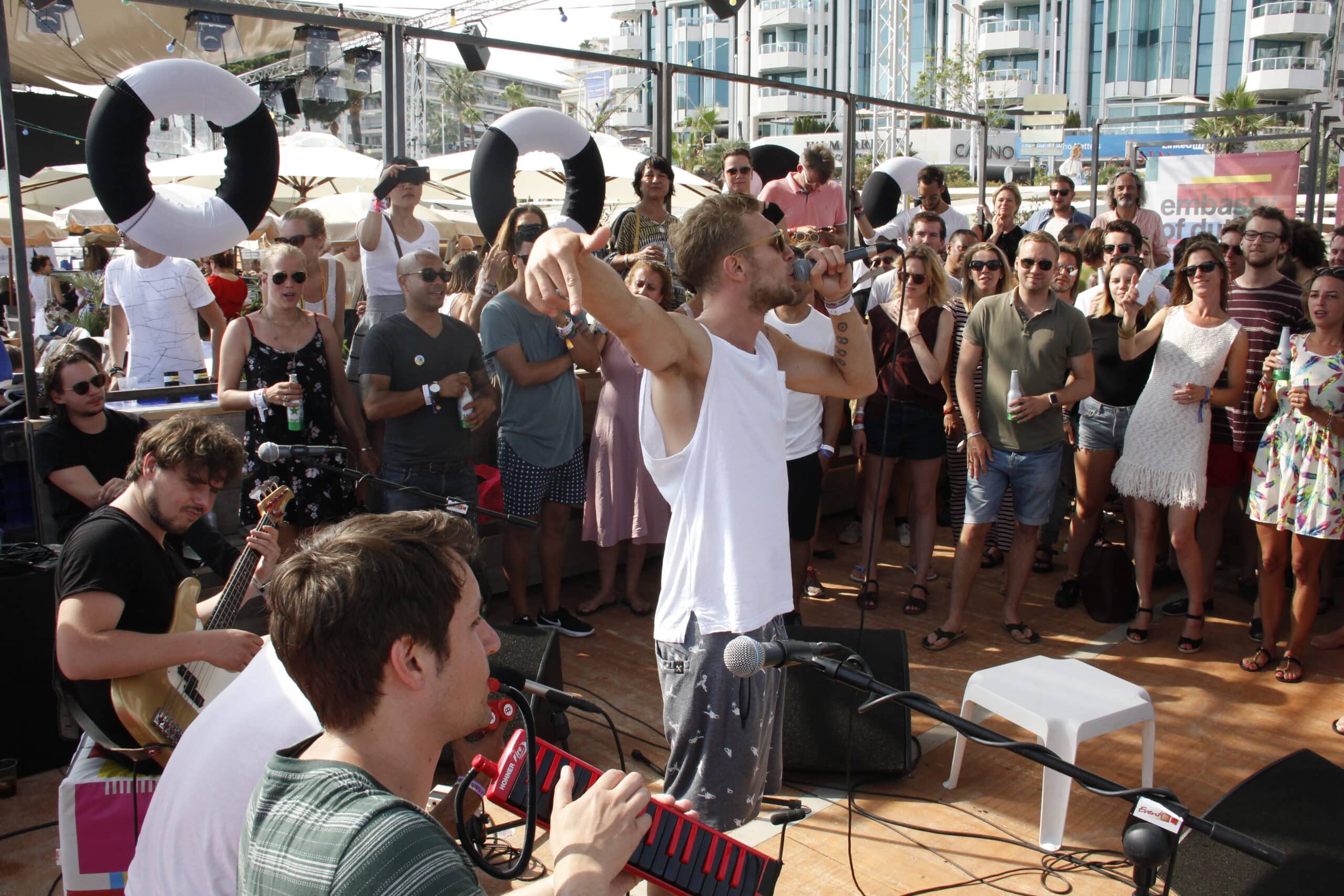 Originally, I started in the visual world. During my study Media & Culture at the University of Amsterdam, I learned what the importance of music in film can be. That’s something I see happening in our studios daily. It’s amazing to see music improve a story. By adding sound to a film, it can suddenly become feel-good, scary, or melancholic. If you remove the sound and rewatch the footage, you realize its impact. We help our clients turn their goals into reality by creating bespoke sound and music, following their wishes. Although I had already learned about the importance of music and sound during my studies, I didn’t fully understand them until I started working at Amp.Amsterdam.

Listen to Tanja‘s all favorites: