I never imagined myself becoming a musician. I generally just played by myself and didn’t perform much. During my college years I joined a band, but we only ever played in our rehearsal space. When Guus Meeuwis caught his first break at the AHC student song festival with the track ‘Het Is Een Nacht,’ my best friend Marc and I also decided to join. This eventually led to the birth of IOS: ‘Is Ook Schitterend,’ a Dutch pop band that still charts in the Top2000 every year. Everything about being in that band was fun: writing the songs, recording the songs, first hearing ourselves on the radio, and all of the adventures we experienced together. It’s a magical feeling to write a song, perform that song and have people enjoy it. Spending time in the studio and performing live with your best friends is such a blessing. 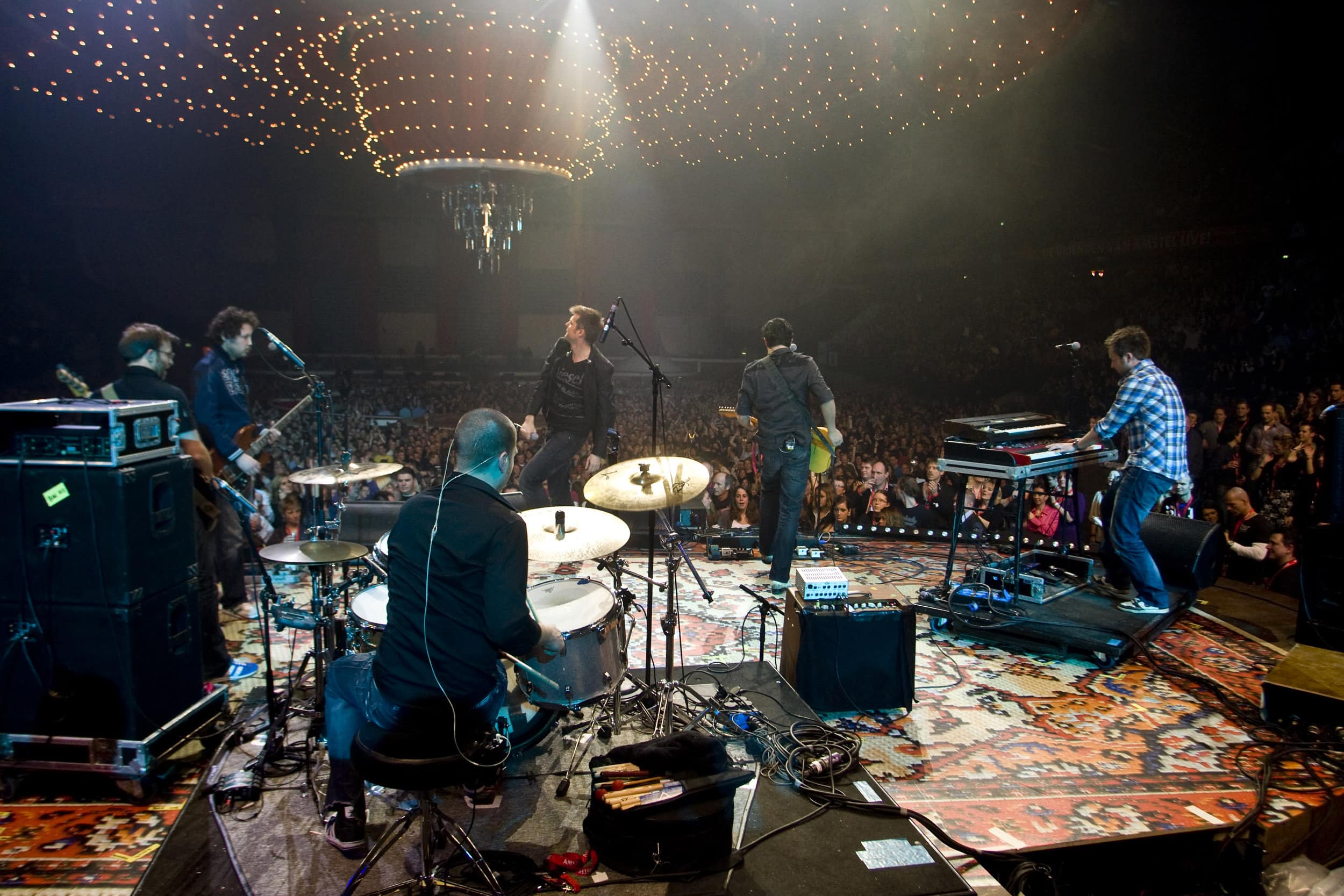 I recently started diving deeper into the artist’s lyrical content. Focusing on lyrics instantly gives songs more emotional weight. Listen to NWA; for example, you can feel the anger in their music, but what is it that they’re talking about? When you really dig in, you quickly realize there’s more to it than just ‘fuck the police.’ Their lyrics allow you to travel through history as they are a reflection of a certain time. Looking at it this way gives music more layers.

I tend to want to prove all that music is capable of. Music can touch people and make them experience different emotions. Amp.Amsterdam is here to bring music to brands and unite two creative worlds. That way, you can create something meaningful in each world and have them lift each other up. Connecting music with brands adds another dimension and brings new life into the process. This ends up breeding personality and emotionally connecting music with the brand.

Working as the Product Manager at BMG and Brand Manager at SonyBMG quickly taught me that artists need creative freedom to create powerful campaigns with cultural relevance. Obviously, you need to be transparent about the deal and clear on expectations as well. That way, it will be easier to create something beautiful together. By connecting music to brands, we also gain the opportunity to kickstart young musicians’ careers. I actually experienced the same with IOS when our song ‘Uit De Schaduw’ got used in a Staatsloterij commercial and became a hit. In a sense that moment also laid the foundation for Amp.Amsterdam.